Invasive plants and animals are the subject of much research and managers are constantly working to develop new programs designed to manage, control or prevent the spread of these invasives. However, an entire class of invaders often goes unnoticed. Microorganisms have the capacity to devastate our fish and wildlife resources and a new scholarly paper helps to make us all more aware of the threat. The authors of “Invisible invaders: non-pathogenic invasive microbes in aquatic and terrestrial ecosystems” provide an excellent overview of invasive microbes and offer a compelling argument that significant new research is needed. Read More – http://cts.vresp.com/c/?CenterforAquaticNuis/a52c4b1814/f9ddf70f4a/daab41c28d

New research shows that the greatest threat of invasive species introduction comes from within the United States and not from outside the country. “Our findings have significant implications for biosecurity policy and the need to consider security measures beyond established national borders,” said Matthew Thomas, professor of entomology, Penn State. The researchers found that, while all the top 100 known exotic insect pests for the entire U.S. already exist in the country, the top lists for each of the states included many species that are yet to establish in those states. In all cases except one, the absent pests do occur somewhere else in the U.S. and more often than not, they are found in a neighboring state. In fact, 12 states had every pest species that they were missing located just across their borders in a neighboring state.Read More – http://cts.vresp.com/c/?CenterforAquaticNuis/a52c4b1814/f9ddf70f4a/e4cb45da1f

Mid-Current Fly Fishing Blog What’s the Right Length for a Trout Rod? Question: I understand that you might want a really short rod for small streams and a 10-footer for float-tube fishing or steelheading, but when you’re buying a trout-weight rod (say 4 through 7), how do you decided whether you want an 8-1/2 footer or a 9-footer? READ ON… [http://r20.rs6.net/tn.jsp?llr=9qa5g8n6&et=1104071034278&s=9198&e=001-W_6Mu2D9cf3VtkBTXVB8fQFlQD_YthBxwIQCNHw0HvuzlMZzXJmnxuyXfsfjR-Z7g0_-G6e9r6bbSd9K5Z_a38PcDAp1QNRWPFPMHpEb0OGE1J78q55Qi3EGuU9AjbtKG4f6Yv8jLJHafKyZ2I8s_pWnr0zmkew]

Chico Fernandez: “All Wired Up” Choosing Wire for Saltwater Leaders [http://r20.rs6.net/tn.jsp?llr=9qa5g8n6&et=1104071034278&s=9198&e=001-W_6Mu2D9cfNNVbPpMk6Tn9geZQxSGaCueOyJeCA1K3sshGXC2OYWCEicjEh1pNkfYkRli8kIFEZsMMY2T4NT3SLElTMndhu7CxIkjdxL-EKvVMobwB0HWB6A7m6iWcFBuE_F5hQYTMrYDn5GxaOBegdYaVlIpEpo9AhFeUviDc=] ONE COOL FALL morning a few years ago, a friend and I were drifting over a reef in about 80 feet of water. We were looking for snapper and grouper, and some mid-water species, such as jacks, Spanish mackerel, and kingfish. My friend was using a spinning rod with a lead jig. I was using a fly rod and a fast-sinking line. After some inactivity, my friend landed a Spanish, or cero mackerel. As soon as he boated that one and dropped his jig again, he had another on. I watched the second fish fighting down deep and noticed that we were over a large, loosely knit group of ceros. It was only a matter of time before my fly would catch the attention of one of these super fast members of the mackerel family.

Bonefish: The Retrieve, Hookup, and Fight THE FLY LANDED in the right place. You let the small shrimp imitation sink to the proper level, and the bonefish seems to have noticed it. It’s time to start acting like a shrimp. You begin a series of very short strips, trying to make the fly imitate the slow progress of a small shrimp that hasn’t yet spotted the predator closing in on it. But the bonefish loses interest and turns away as if he never saw the fly. What happened? My guess is that the fly never moved. In trying to impart action to a fly, you must think of several factors besides the movements of your line hand. If you have any slack in the line while trying to give life to the fly, the movements of your line hand will only take up some of the slack. The fly, meanwhile, is sitting still; you think that you are moving it, but you’re not. By the time you take up all the slack and the fly finally starts to move, the bonefish is long gone. Read on… [http://r20.rs6.net/tn.jsp?llr=9qa5g8n6&et=1103996097403&s=9198&e=001y7nv0Wmq645–IXck63-ejowDnae1k8fRc2YUydr9Zhgp9_pFJG-WxgAB0rXzJ0RuMBDuNYr01ca7gntsz9OpbpB0ZeyBRtt_UCFckDAddhbRpYePprd5GwnQFOMAY6lrkYkKXqMtefIwZYKbXD8gNj3TcASZjCzq6DTtXOz16uxrfFI4scklTdmX-p8pu1z]

Dealing With Wind THE TWO WAYS to beat the wind (i.e. cast directly into it or across it) are to increase your line speed and to keep your line low, closer to the water. The only effective method for increasing your line speed is to double-haul. I know, I know: if you don’t already know how to do this, it sounds difficult. It’s really not. Find someone who is a good caster, and have him or her teach you. It’s a lot easier to learn from a person than from a book or magazine article. To keep your line low, either cast sidearm (which limits distance) or crouch during the cast. Wind is usually less intense close to the ground or water, so you can sometimes cast “under” it. More comfortable than crouching is casting from your knees, if it’s possible. Read on… [http://r20.rs6.net/tn.jsp?llr=9qa5g8n6&et=1103894237971&s=9198&e=0018R_kloZercj7UZyjNBY-Fapn1q0Z3fWn9sTuEBoGVpXADi2e4NhG6qme8M1PXslEU6dv5IBZfMUjGJAA_a5OUZP0i611xg6EKUj3al3VvvB_W5KB0kvH_ZFoNCsRNKkE_2ZtQ6EF8yLR-fjQuHlQyn3Tzdo2msD2]

Hydrilla horrors: Invasive plant causes bird deaths   Hydrilla is an aggressive invasive aquatic weed that can quickly choke a lake or stream. For years anglers and boaters have have cursed hydrilla as it interferes with their ability to access their favorite waters. However, few have focused on the ecological problems the weeds can cause.      There are a number of ecological problems created by hydrilla. The dense monoculture stands of the plant choke out other native plant species. Waters with heavy infestations experience shifts in oxygen saturation and pH. The physical characteristics of dense weeds concentrations can lead to reduced fish populations as ambush predators initially find great habitat that reduces forage fish numbers. Eventually the plants get so thick that the ambush predators cannot find their way through and there is an overall decline in fish numbers.    One aspect of the ecological damage that is generally little recognized is that dense infestations of Hydrilla actually lead to the direct deaths of a number of bird species, including Bald Eagles. It is not the Hydrilla itself that causes the bird deaths. Rather, the water chemistry changes the plant produces lead to massive blooms of toxic blue-green algae. When coots and other waterfowl eat the Hydrilla they also consume large amounts of the algae. This causes serious health problems for the coots and the eagles who in turn prey on them. [http://cts.vresp.com/c/?CenterforAquaticNuis/19f74fd298/f9ddf70f4a/867d842b0a] 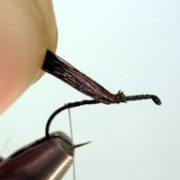