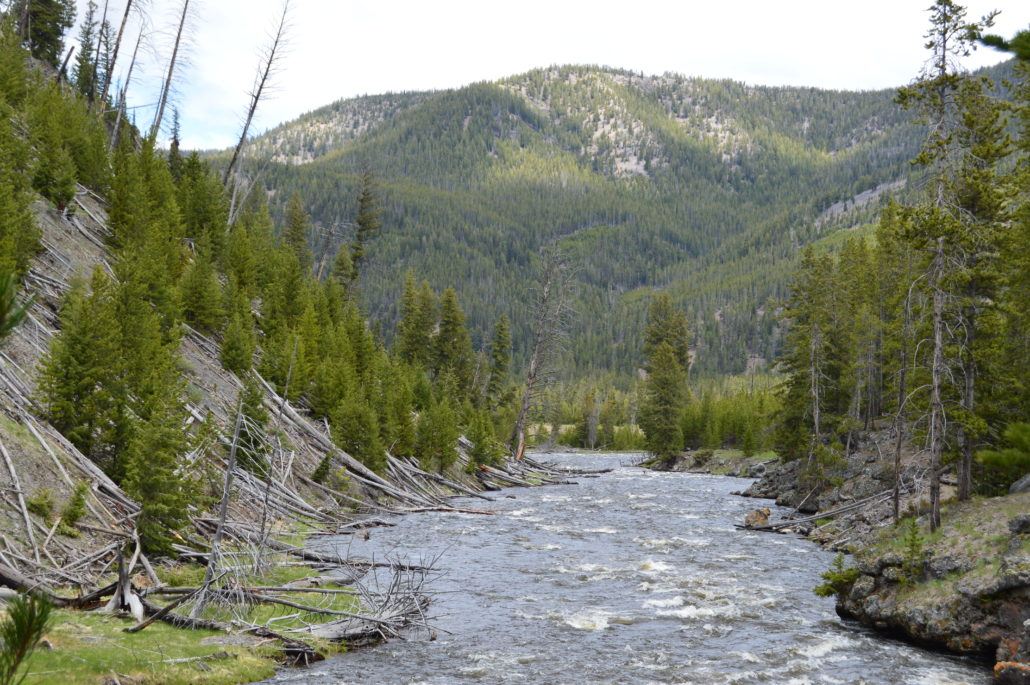 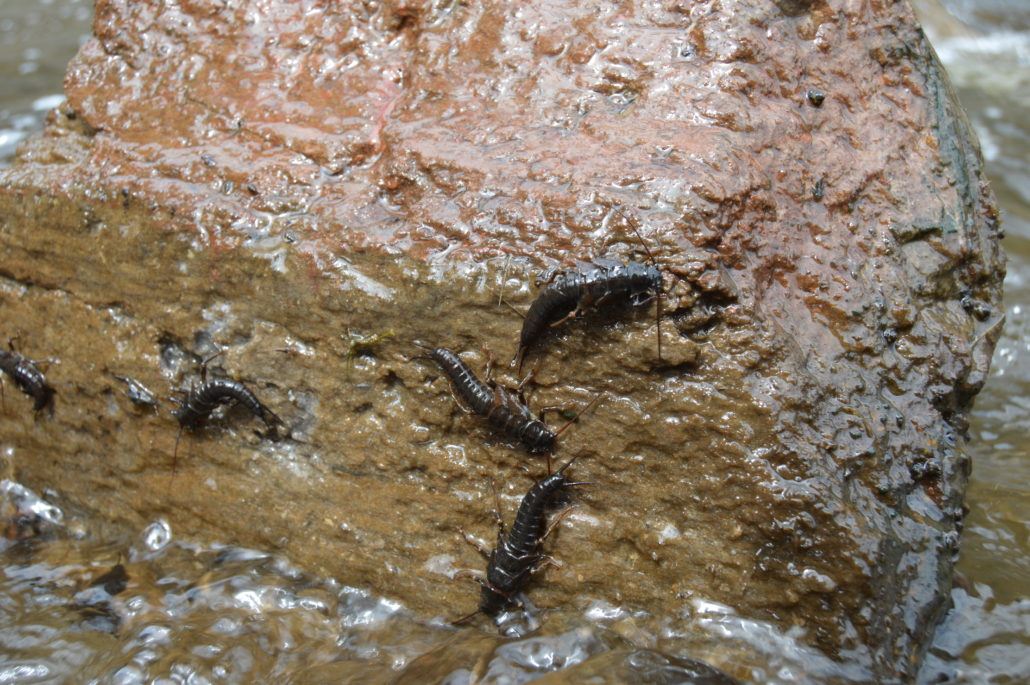 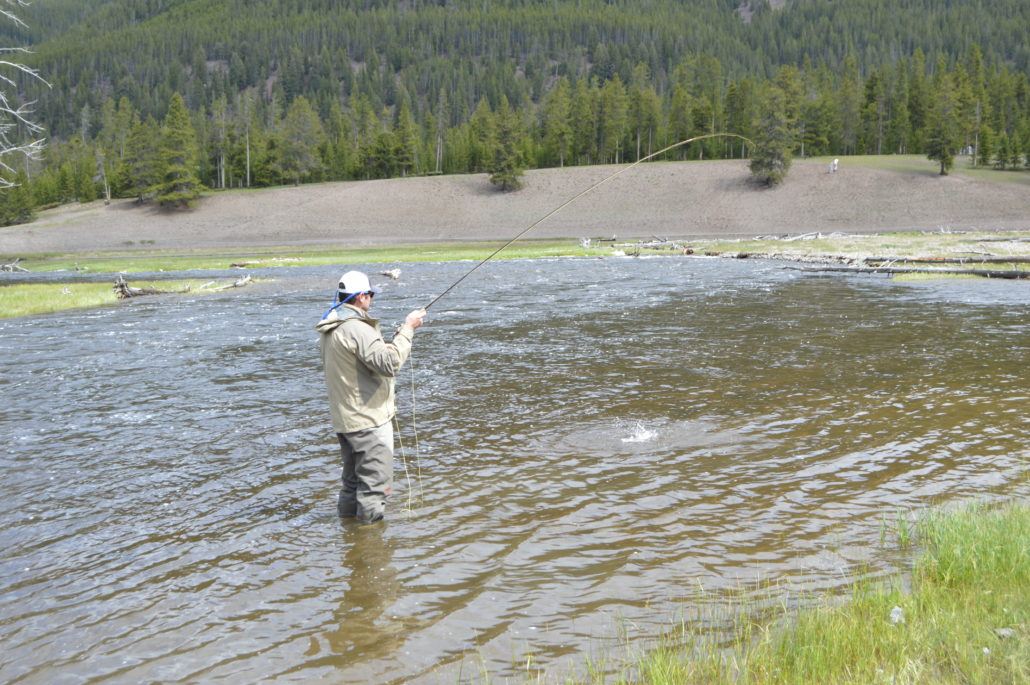 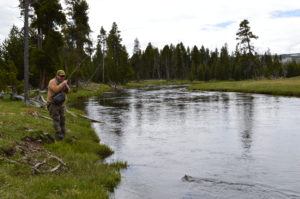 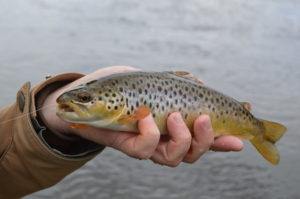 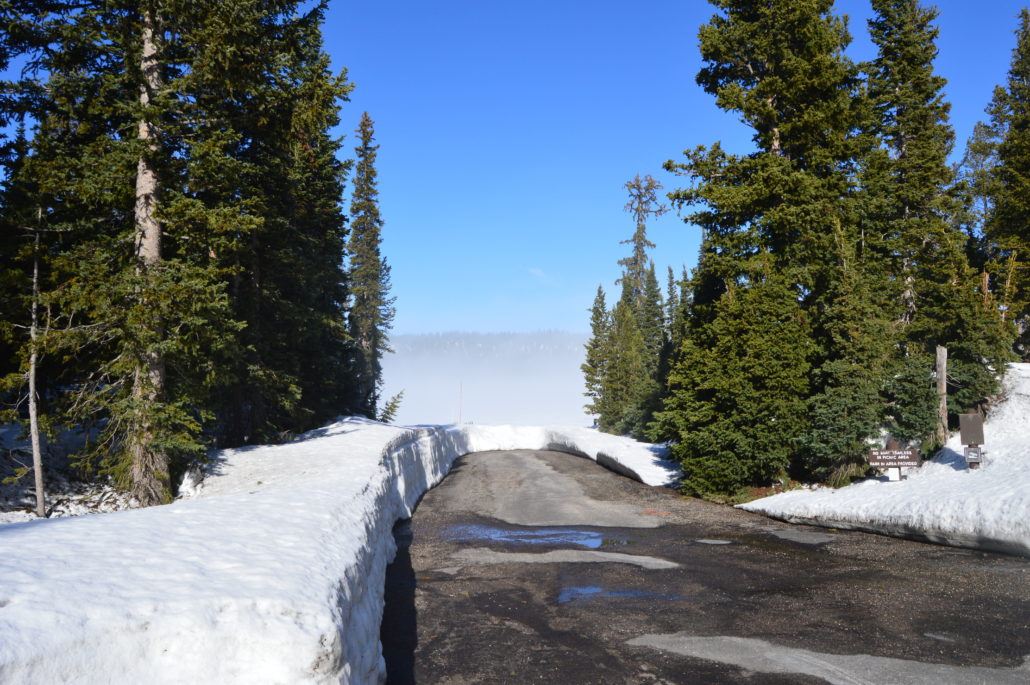 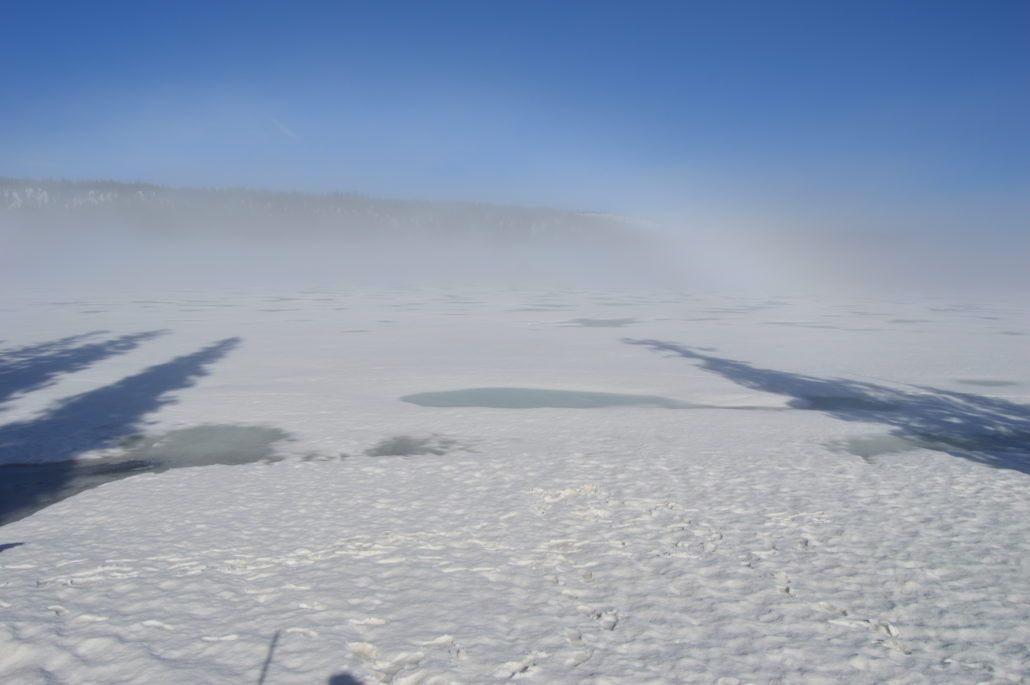 Here’s the latest Jackson Hole fishing report, sorry to keep you waiting! Fly fishing has been solid, despite higher than average flows on the Snake River.

The Snake River dropped and cleared last week and the results are in the net! Flows were dropped out of Jackson Lake Dam to 2000 cfs and the cooler weather brought runoff to a halt on our tributaries. Great hatches of BWO’s, Skwalas, Caddis, and a few March Browns had our Snake River Cutthroat looking to the surface for their next meal.

Focusing on slower water types and side channels with less volume saw the best surface action. We used the drift boat to float to likely fishing spots and walked around on foot. We also parked on relatively slow riffles for the most consistent action. Fly fishing from the boat was best with streamers such as Olive and White Double Bunnies or Black Leeches. Flies that were retrieved with quick 1-2 foot long strips were the most productive.

Slower riffles or banks were great places to toss a streamer or nymph rig. We fished a two fly nymph rig, with 5-6 feet of leader before the first fly, typically a #8-12 Stonefly nymph on 3X.  Our droppers have been a mix of #12-16 Pheasant Tails and #10-14 Hare’s Ears, roughly 18″ below the point fly. Both Olive and Red Copper Johns were successful droppers as well.

The Upper Snake River basin is currently at 165% of average for this date. Not surprising since we received 3-4 feet of snow above 8000 feet through the week!  The switch has flipped to more Summer like weather this week, and as a result river flows are on the rise.

Runoff will last into July this year on the Snake River. Our long-term forecast for the next few months shows more precipitation. Call us to find out where we are fly fishing before you arrive.

Stay tuned here for an up-to-date Jackson Hole fishing report! Or give us a call at 307-690-1139 to book a guided fly fishing trip in Jackson Hole. 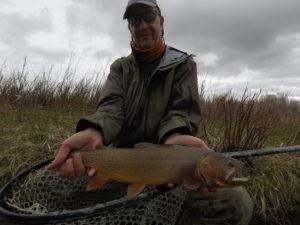